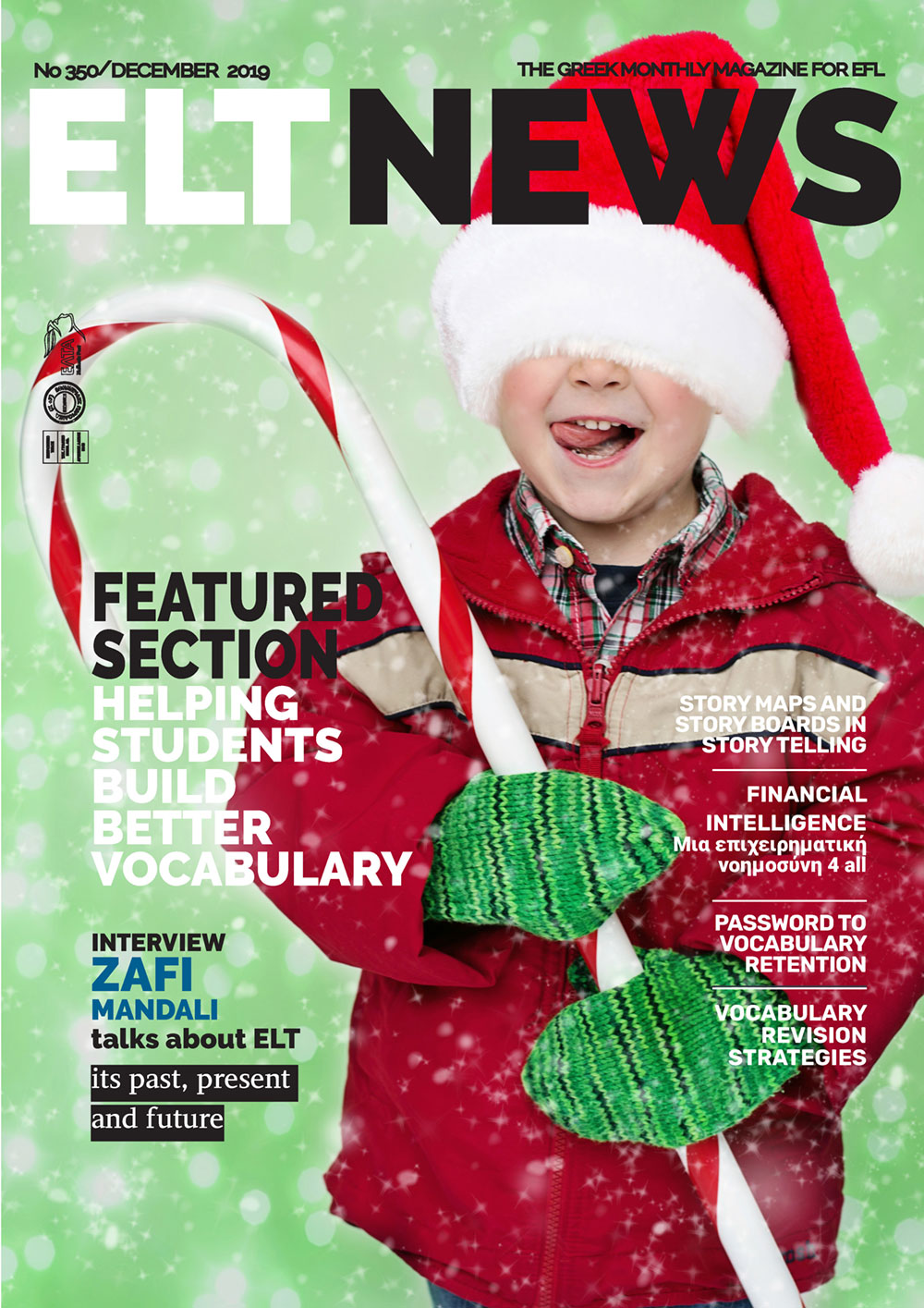 In the current issue of ELT NEWS we focus on vocabulary learning. Vocabulary is central to any language because without sufficient vocabulary students cannot understand others or express their own ideas. A favourite quote of mine comes from linguist David Arthur Wilkins who said: “While without grammar very little can be conveyed, without vocabulary nothing can be conveyed”.

A good store of words is crucial for understanding and communication. A major aim of most teaching programmes is to help students gain a large vocabulary of useful words. In every lesson, you have to introduce new words and practice them, making clear the meanings and the ways in which each can be used.

There are two main ways to present vocabulary. You can either show the meaning in some way or you can use language that the students already know in order to make clear the meaning of the new lexical item. During most lessons, you will use both ways. There are several techniques that may be used, whether you are working linguistically or ostensively. Some words are very easy to present (nouns, verbs, adverbs and adjectives). Some are more difficult because they represent abstract notions. Yet other words have no independent meaning, and so they cannot be presented in the same ways. These are the grammar words e.g. articles, conjunctions, auxiliaries and some prepositions and so on. They will normally become part of a grammar presentation rather than being introduced as lexical items.

Words have form. The form is a word’s shape, when written, and its sound when spoken. Some teachers believe that learners should always hear a new word before they say it and say it before they read it. Not everyone agrees. Many are convinced that learning is assisted if the written form is presented at the same time as the sound form. You should experiment to find what is best for your own learners. Remember that what is right for young students may not be best for older ones.

English vocabulary is challenging. As Penny Ur (2012) aptly stated, unlike grammar, “lexical items are an open set, constantly being added to (and lost, as archaic words gradually go out of use)”. Perhaps this situation is most evident with computer-related vocabulary, such as the Internet, e-mail, and Web browser, which was not commonly used even 15 years ago. Now, though, everyone seems to know these items and how important such realities are to their lives and work. English vocabulary’s expansion is exciting; this means that teachers and students alike need to be in the habit of learning new words.

Latin and French in the English Language

In the wake of the Norman Conquest, French and Latin put English in the shade for centuries as the language of learning. Even everyday business records were typically written in Latin or French down to the late 1300s. This has left an indelible mark on the English language today. Words of French origin like age, air, cause, city, idea, join, material, poor, suffer, tax etc. have become part of the fabric of modern English.

In addition to Latin and French the English language has borrowed words from many other languages so learners of various nationalities are likely to recognize a word by its root (e.g. φυγή>fuga in Italian>fugitive). It may be pronounced differently like the word πνευμονία>pneumonia, or κύκλος>cycle (bicycle, tricycle), or pharmaceutical but the meaning is understandable.

Fewer in number, but even more striking in their impact on the language of everyday life, are those words that came into English from Scandinavian languages. When communities of Scandinavian settlers in late Anglo-Saxon England began to switch to using English, they brought with them some words that have become part of the most basic layer of the vocabulary of English, such as give, take, hit, leg, skin, sky, and even the pronoun they. This was greatly helped by the close similarities between the early Scandinavian languages and medieval English. (www.bbc.com)

Today, the balance is tipping much more towards English as a donor of new words (e.g. internet, computer, cell phone, meeting, business) rather than a borrower. By contrast, new borrowings into English today tend to cluster much more closely in a few subject areas, especially names of food and drink.

Anastasia Spyropoulou - This email address is being protected from spambots. You need JavaScript enabled to view it.