Following the Child: Pre-School EAL and Why Montessori Had the Answers 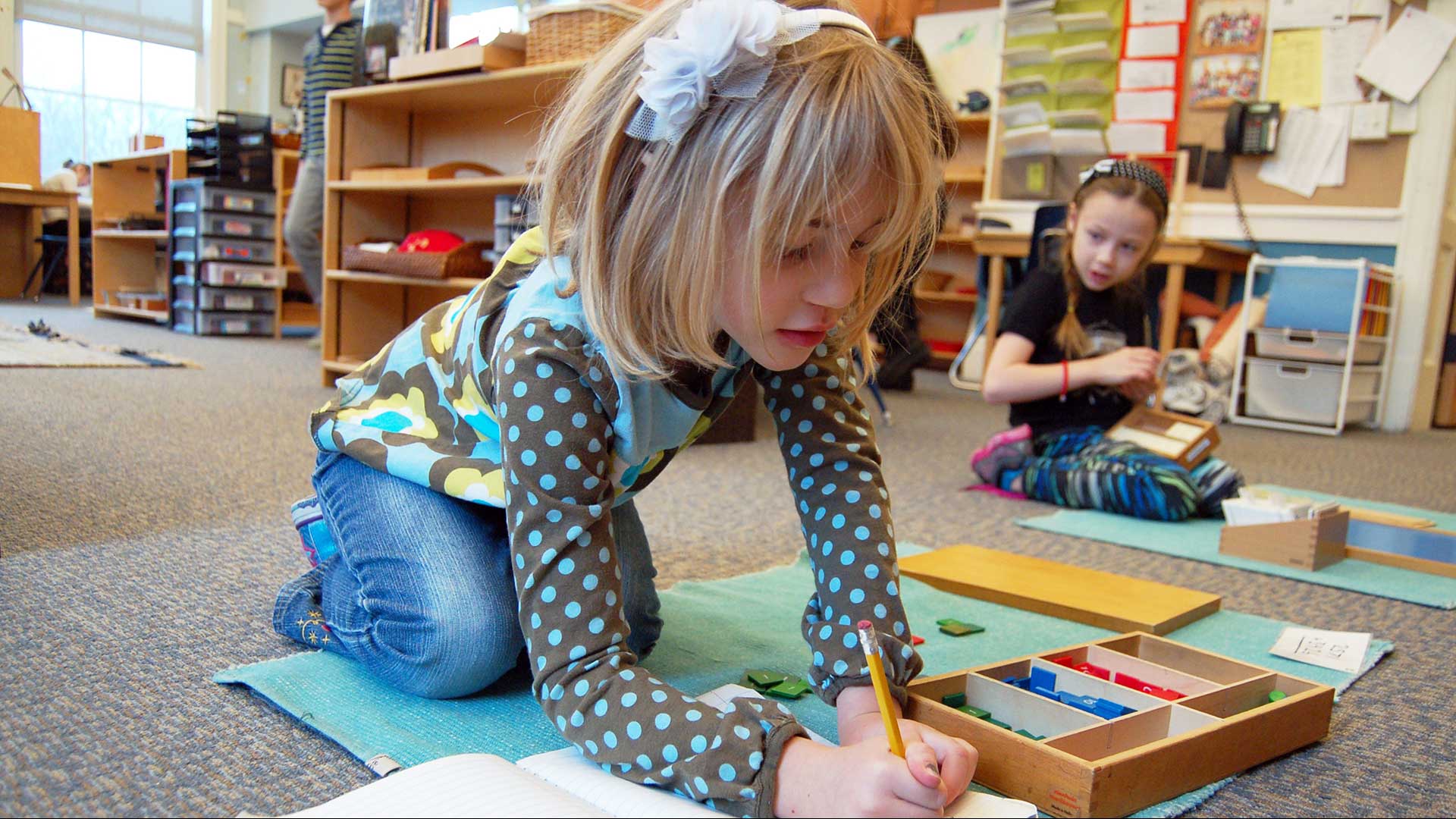 Pre-School English as an Additional Language is notorious for the inexplicable challenge it withholds for us, teachers. Yet, phonemes and morphemes are the simplest units of language. Still, those feel impossible to teach to 3-year-olds.  The answer lies in the medium. Pre-school children are ready to acquire even more complex entities than phonemes -namely, Fractions, Practical Life, Music Literacy- when delivered in appropriate media-methods and materials.

Instead of explicitly presenting it, the alphabet is absorbed via sensorial processing prior to holding a pencil. Young children learn through the environment, if they are allowed to experiment with the tangible letters against different surfaces, for example, put the letters in different combinations-until they make sense. The idea of associating letters with spoken language underpins the design of Montessori material for the acquisition of language.

The Montessori Approach for pre-school skills: The Movable Alphabet

Montessori materials are designed so that the child receives direct feedback as she works without adult assistance (inbuilt control of error). The goal is that the child will develop a sense of satisfaction from the work itself, not be dependent on the approval of the teacher[1].  The Montessori guide (instead of teacher) does not deliver awards or punishments: the child derives inner satisfaction straight from the concentration and the circle of the activity, as she is responsible for her own learning.

The Sensitive periods for Language

About forty years prior to the establishment of the Universal Grammar, integrated in modern linguistics, proclaiming that humans are endowed with the innate faculty that -provided the timely linguistic and sensory input- they will develop the language apparatus, this ground had already been broken by a prominent woman; a physician and educator. Maria Montessori had observed and articulated the workings of the Sensitive Periods for language acquisition in the 1940s. Thereupon, Montessori devoted her life to the design and refinement of her method and materials - the fertile ground for the liberation of the inherent learning dynamics existent in every child[2].

The Montessori Language program is built into four steps

During the 1st step, that of the Spoken Language, the young child creates an internal dictionary and practices using the words included into it.

During the 2nd step which corresponds to the Phonemic Awareness, the child learns the sounds within the words and the sounds and symbols of the alphabet.

Then, in the 3rd step, the activities aim at creating words (writing): the child learns to put the sounds and symbols of the previous steps together to make words.

During the last, 4th step, that of Reading, the child learns to decode those sounds and symbols to decipher words. All materials are purposeful and designed with each sensitive period in mind. The Moveable Alphabet enables the child to put the symbols and the sounds together to form words even before her hand can hold a pencil.

Maria Montessori developed more than a revolutionary method; she discovered the true inner working of the child’s mind[3].

Through her years of study and observation, Montessori discovered what she called Sensitive Periods. Sensitive Periods are windows of opportunity during which the child can learn specific concepts more easily and naturally than any other time of their lives. A child in the midst of a Sensitive Period will show an especially strong interest or inclination towards certain activities or lessons. Yet, if too many restrictions are placed on the child and his natural instincts are stunted while in this phase, he may throw a tantrum to show you that he has unsatisfied need to learn[4].

Montessori Learning in Conventional Setting; is it a Sustainable Endeavor?

The Montessori is a natural approach to adopt with the age groups 0-3, 3-6. As Montessori concluded[5], it is only up to 6 years of age that the human is able to process culture. Below the age of 6, the child is concentrated and able to process the environment: “Education between the ages of six and twelve is not a direct continuation of that which has gone before, thought to be built upon that basis. Psychologically there is a dedicated change in personality, and we recognize that nature has made this period for the acquisition of culture; just as the former was for the absorption of environment”[6]. Authentic Montessori materials (not all materials branded Montessori today are genuine, neither should they be discouragingly over-priced), are scientifically designed for the perfection of the manual movement, gross and fine motor skills. Indeed, by the age of six, Montessori students are in full control and master coordination of their movements; able to transfuse liquids, build arches, connect blocks, and fold their clothes without adult intervention. The textures, shapes and colors (the Montessori alphabet vowels are in blue, the consonants are in red) of the Montessori materials are crafted so that the child acquires the laws of pressure and tension, gravity and resistance. “They become familiar with the principles of Statics and Dynamics as part of the daily school routine”[7].

When the child is 3, 5 years old or older, she can start using and learning by means of the Moveable Alphabet. The young child will be interested in the letters in her hands and she will be engaged with colors. Via the guided learning (the teacher only guides, she does not interfere or directly corrects), she will start to identify the sounds that match the letters.

The reality for Montessori educators shows that Montessori materials yield results when implemented accordingly and in a purposeful context. No material is per se effective; it is a well-attuned medium of an overall arrangement: mentality, school habits, and relations’ dynamics, can maximize or undermine individual efforts.

Materials and activities build upon succession; the Moveable Alphabet is preceded by the Sound Games -the Sound Games emphasize that spoken words can be broken into individual sounds. The Sandpaper Letters is another sensorial activity building associations between letters and spoken sounds. Most of the English language is phonetic, which makes learning the alphabet phonetically, instead of by the letter names, most crucial. A child simply cannot sound out a word without knowing the sound the letter produces[8].

Dr Maria Montessori observed that children are more motivated to learn when working on something they have chose independently and follow their unique pace of learning. Repetition is a strong indicator that the acquisition has yet to be perfected and more repetition is needed. This is the reason why there are no fixated time limits in Montessori. Mixed aged groups prepare children for the mixed-aged adult society and promote co-operation and teaching among schoolchildren keeping the adults’ interference to the minimum (the preparation of the environment and the materials, observation and guiding).

[2] Siskou.2020. Second Language Learning for Young Learners: Help them Do It Alone