Teaching Tips and Tricks. Keep up the learning and engagement with these helpful classroom teaching tips

Throughout my long career I have been committed to two fundamental goals: the professional development of my teachers and using the learning environment as a space to develop identities. In this artic...
Jun 28, 2022
Read More

Introduction Over the last 30 years or so, computers have had quite an impact on language testing. As regards Computer Adaptive Testing (CAT) in particular, it is currently on the leading edge of ...
Jun 28, 2022
Read More

Learning by Heart - a Plea for Poetry

Learning by Heart - a Plea for Poetry A strange expression that. A very guilty one as well. The “by heart” approach has carried all the negative effects of Behaviourism in Education so the demonizati...
Jun 28, 2022
Read More

“There are three classes of people: those who see, those who see when they are shown, those who do not see” Leonardo Da Vinci Text by: Dimitris Maroulis The Appetizers Child of Deaf Adults is what ...
Jun 28, 2022
Read More

“There are three classes of people: those who see, those who see when they are shown, those who do not see” Leonardo Da Vinci Text by: Dimitris Maroulis The Appetizers Child of Deaf Adults is what ...
Jun 28, 2022
Read More 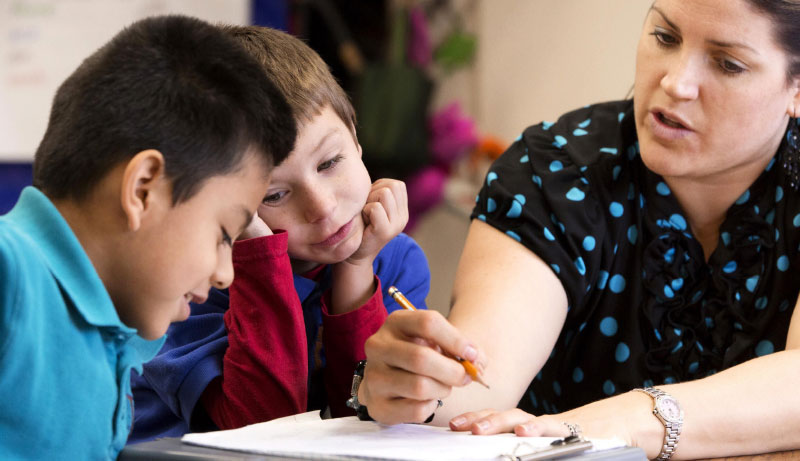 Error treatment is one of the key issues in EFL writing faced by both teachers and researchers. When reviewing their learners’ texts, EFL teachers tend to provide feedback on several areas of the target language. The type of feedback that is relevant to linguistic errors is very often referred to as corrective feedback or error correction. The aim of the current article is to analyse the notion of error correction by focusing on the following crucial issues: 1) Should learners’ errors be corrected?, 2) Which errors should be corrected?, 3) How should errors be corrected? and 4) Who should correct learners’ errors?

Should learners’ errors be corrected?

There has been controversy as to whether error feedback helps EFL learners to improve the accuracy and overall quality of their writing. The rationale behind the view that error correction constitutes an indispensable part of EFL learning rests on various theoretical grounds. Back in the 1950s, the Audio-lingual approach dictated that learners’ errors be corrected comprehensively and immediately, so that they would not become part of their habit system. Nevertheless, as soon as the revolutionary approach of Communicative Language Teaching came to the forefront, emphasis has gradually shifted from accuracy to fluency in EFL teaching. Errors were no longer regarded as capital offenses, since the teaching process began to focus on purposeful communication.

However, although the aforementioned theoretical insights promoted the usefulness of corrective feedback, a number of researchers have stated error correction to be entirely unnecessary and ineffective. Specifically, it has been claimed that error correction is counterproductive since the time spent on providing feedback could be allocated more constructively to alternative writing activities. Furthermore, it has been suggested that over-correction of errors would force learners to avoid erroneous structures, thereby leading to simplified writing devoid of linguistic richness.

Which errors should be corrected?

In deciding which errors to correct, teachers should consider at least three crucial factors. The first factor is a teacher’s awareness of error types. Errors could be defined as systematic deviances from target language norms that convey lack of knowledge. On the other hand, unsystematic slips of the tongue often stem from insufficient knowledge rather than ignorance. An additional error distinction is that between global and local errors. The former refers to lexical violations that impede the comprehensibility of an utterance whereas the latter affect a particular constituent and thus, do not impair the intended message. According to Van Beuningen (2010), teachers are encouraged to correct systematic and global errors because this type of errors could often lead to communication breakdown.

The results of a study carried out by Oladejo (1993) introduce the second factor that affects error correction: the purpose of the written production. The majority of university students-participants claimed that structural and grammatical errors should receive the highest attention for correction while spelling and punctuation errors are given the least priority for correction. On the contrary, intermediate learners have given more emphasis to lexico-grammatical and spelling errors rather than structural ones. In other words, intermediate learners are mainly interested in meaningful communication whereas advanced/university students aim at producing more complex utterances.

Finally, the third factor is related to learners’ proficiency level. As the proficiency level increases, learners become more cognitively aware of the target language system. On the contrary, less advanced learners exhibit a rather limited linguistic repertoire as they have not managed to fully internalize the English language system. As a result, error correction cases that are beyond a learner’s proficiency level would not substantially enhance his/her writing production.
How should errors be corrected?

Four basic strategies for providing corrective feedback have been identified by researchers. Direct feedback consists of an indication of the error and the relevant correct linguistic form. It is significantly beneficial for less advanced learners since it enables them to instantly internalize the correct form provided by their teacher. However, direct feedback requires minimal processing effort on the learner’s part and thus, it may not contribute to long-term learning. On the other hand, indirect feedback involves indication of an error, without the teacher providing the correct form. Indirect correction is often preferred to direct feedback on the grounds that it encourages learners to indulge into the inner sense of the learning process, thereby fostering long-term L2 acquisition.

Another strategy of error correction is the unfocused feedback. It involves correction of all errors in a learner’s output regardless of their error category. The specific technique would address a wide range of errors, thus enabling learners to identify the areas of target language where they are more susceptible to errors. However, it may hinder EFL learning due to the fact that learners would be overwhelmed by the comprehensiveness of the feedback. On the other hand, focused feedback targets only a certain number of specific error types. The focused approach is believed to reinforce accuracy in written discourse because learners are offered the opportunity to reflect on multiple corrections of a single error type.
Who should correct learners’ errors?

According to Van Beuningen (2010), most of the learners believe that lexico-grammatical as well as pronunciation errors should be corrected by the teacher. It has also been observed that intermediate learners adopt a rather positive attitude towards peer-correction. However, advanced learners seem to be negatively predisposed towards peer correction; instead, they prefer self-correction or the conventional teacher-correction method. Therefore, since a single method of correction cannot be applied indiscriminately in all situations, it would be extremely effective if all three methods of correction (teacher-, peer- and self-correction) are used interchangeably in an integrated fashion.

To sum up, in today’s pedagogy, errors are considered an integral part of the EFL acquisition procedure. Provided that corrective feedback caters for learners’ preferences and needs, it could indisputably foster the development of EFL writing. In addition to the overall value of error correction, the findings outlined above suggest that some errors have higher priority for correction than others depending on the communicative purpose of writing as well as learners’ proficiency level. Finally, teachers’ role as facilitators of knowledge is crucial in maintaining the balance during error correction. EFL teachers should provide corrective feedback concerning learners’ written discourse. However, they should resist the temptation of correcting every single error because excessive error correction could frustrate students and even reduce their motivation and self-esteem in the long term.

Bio:
Dimitrios Nikolaidis is a freelancer EFL teacher. He holds a B.A. in English Language and Literature (National and Kapodistrian University of Athens) and a M.A. in “Applied Educational Leadership and Management” (University of London-UCL Institute of Education). Since 2010, he has been working as an examiner and coordinator for several English language examinations and certifications.