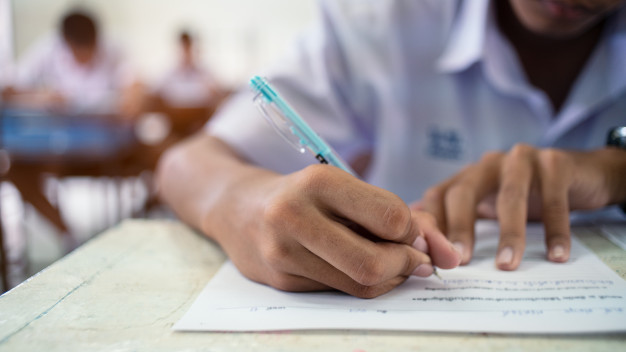 One of the criteria used by examiners when marking the writing paper in examinations is the so called “register transfer” i.e. whether a candidate’s answer is written in the appropriate style, if it has the right degree of formality or informality or even whether it is too personal, or not personal enough.

The fact that most, if not all, C2-level exams nowadays only ask for opinion essays in their writing paper does not, in the writer’s opinion, remove the need for heavier emphasis to be given to this particular skill, if not tested separately. In the old days, only Cambridge ESOL did this in the CAE Use of English paper, but they too, for reasons best known to themselves, left it out in the updated and revised exam at C1 level. Thus, learners are not provided with the detailed guidance and practice they need to master this skill, as in the real world “opinion essays” are virtually non-existent whereas emails, letters, memos, proposals, reports, reviews etc are basically the norm in today’s business world.

It is very difficult to be precise about what makes an item of language more or less formal or more or less informal. Native speakers (in all languages) have an instinctive feel for this based on their life-long exposure to the language, but this does not easily transfer to the learner of a foreign language. By and large, students are encouraged to use a neutral style of language and it’s only when writing, especially at advanced level, that they feel the need to “be on their best linguistic behaviour”.

The thing is that for learners who need to write formal letters in English, there are many conventions that need to be learnt. For example, phrasal verbs are avoided where possible and modal verbs of ability and obligation might be expressed with able to or obliged to. Another thing is that formal letters tend to be more tactful and respectful, and accusations and requests are expressed in an indirect way.

Complete the second sentence so that it has the same meaning as the first. Use a maximum of two words. Do not repeat a word from the first sentence.

1. We'll tell you how you got on in the test in a couple of weeks.
Candidates will be informed / notified / advised of their results in two weeks.

2. If you're not happy with the service in the restaurant you can talk to the manager.
Should you  wish to complain about our service, please contact the manager.

3. The police will be looking into the matter.
The matter is under police investigation.

4. You don't have to buy anything if you don't want to.
You are under no obligation to purchase any of our products.

6. Regardless of the situation you should always wear protective glasses.

You must wear protective glasses whatever / irrespective of the situation.

Register mistakes: using phrasal verbs instead of their formal equivalents and vice versa

All the sentences below - written by CAE candidates - are rather too informal in style. One way of improving them would be to rewrite them using formal equivalents for the phrasal verbs. You may need to make other alterations to the structures in the sentences.

I am so glad you have been persuaded to give a lecture to our members next month.

should be a pleasant venue for your lecture.

3          As our village is rather cut off, perhaps we could arrange for you to be put up overnight

with one of our members.

As our village is rather isolated, perhaps we could arrange for you to be accommodated

overnight with one of our members.

the inconvenience of having to stay overnight.

inconvenience of having to stay overnight.

it by the time of the meeting.

I was sorry to hear that you had caught flu (influenza) and hope that you will have recovered from it by the time of the meeting.

feel quite done in at the end of a long day's work and so prefer talks to be reasonably short.

Some people reprimanded / rebuked  / reproached /  scolded me last year for organising talks which were too long as most members feel quite exhausted at the end of a long day's work and so prefer talks to be reasonably short.

I hope you won't be offended / annoyed if I ask you to limit / confine your talk to 45 minutes.

Words used instead of everyday words in an academic context

Rewrite these sentences in a more formal academic style using the prompts given.

The source of the problem resides in the fact that there are no funds available to implement so ambitious a project.

The local authorities are to be commended for conceiving such an ingenious idea of saving energy.

In my country, Greece, for example, the low turn-out for the last elections denotes a lack of interest on the part of the public.

4          Recent surveys carried out around the country went against what specialists in the field believed to be true about students who play truant, something that caused a great deal of public discussion among them.   (Use: conduct / nationwide / contradict / hold sth to be true / truancy / trigger / debate)

Recently conducted nationwide surveys contradicted what was previously held to be true about school truancy, which triggered a great deal of public debate amongst specialists in the field.

It becomes evident that this sensitive area of language learning is too precious at advanced level to be ignored. We might be forgiven for making a few grammatical and/or syntactical errors in our writing, but the recipient might not forgive inappropriate writing style which might even be construed as offensive or impolite.