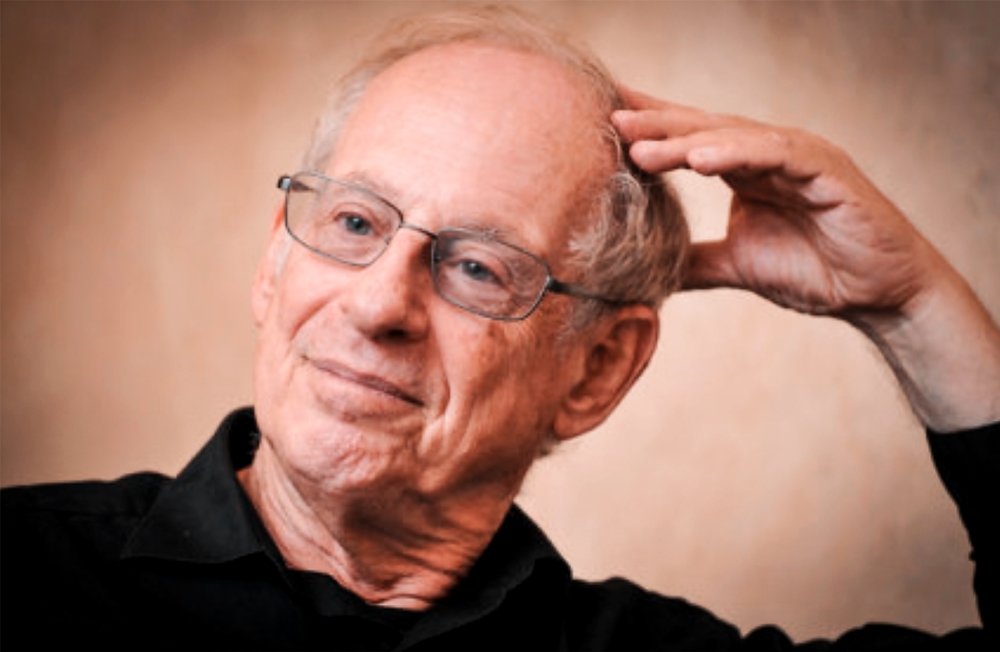 Stephen Krashen, Professor Emeritus at the University of Southern California, is one of the most cited linguists in the world. He is also a researcher and an activist. Stephen Krashen has contributed enormously to the field of second language acquisition and bilingual education. He is credited with introducing various influential concepts and terms in the study of languages including the difference between Learning and Acquisition, the Input Hypothesis, the Monitor theory, the Affective Filter, and the Natural Order Hypothesis.

The Difference between Learning and Acquisition in EFL

Stephen Krashen draws a big distinction between learned and acquired language, a distinction that has caused controversy in itself, quite apart from his ideas for promoting this acquisition. According to this theory, students who are taught in a formal, form-focused way, will “learn” the language but never fully acquire it. Acquisition, which is the basis for all L1 knowledge, consists of rules and principles that are not available to conscious attention. By contrast, learned language can only be used as a “monitor” to what we say in L2. Krashen argues this is the only use of learned language and further goes on to say that learned knowledge can never become acquired knowledge. Krashen’s model has thus been termed a “dual competence” model.

The crux of Krashen’s theories is that students acquire (as opposed to learn) when they are able to understand something (primarily through context) that is a little above their current level of understanding. There is no explicit focus on form such as, for example, “present perfect” (which aids only “learning”) but new language is inserted into utterances containing language already known to the students. Krashen calls this “comprehensible input”.

How do students acquire language easier? When their “affective filter” is low, when they are as relaxed as possible. Production should not be forced in any way. Students will produce when they are ready. A high level of error correction is also seen as being bad for keeping the affective filter low. Students who are too often corrected will eventually stay quiet.

Error correction, only useful for “learning”, should thus be generally avoided if acquisition is the aim of the teacher. Krashen doesn’t believe that the classroom is the place where a second language can be successfully acquired and so he states that the priority in the classroom should be to engage students in real-life conversations and for real-life situations where acquisition is more likely to take place.

The “natural order hypothesis” is based on the idea that children learning their first language acquire grammatical structures in a pre-determined, ‘natural’ order, and that some structures are acquired earlier than others. According to the natural order hypothesis, learners acquire the grammatical morpheme -ing before the morpheme third person -s. Attempts to get the learners to produce structures before they are ready to do so may fail.

“The five hypotheses have all stood the test of time, in my opinion. In fact, there is more evidence than ever in support of them. This has happened in two ways. First, there are no counterexamples to any of these hypotheses. Papers have been written claiming that one or more of the hypotheses are wrong but a careful look at the data shows that the research reported in these papers actually support the hypotheses. Here is one example. These studies claim that grammar teaching works. But a close look shows that the effect is always very modest, and the effect only happens when the Monitor hypothesis says it will occur, when the conditions for Monitor use are met that is, when students have studied the rules, have time to apply the rules, and when they focus on correctness. See for example my book ‘Explorations in Language Acquisition and Use’: The Taipei Lectures (Heinemann 2008).

Another way the hypotheses have been confirmed is that it now appears that they apply to many different aspects of language development more than they originally were thought to apply to. For example, the comprehension or input hypothesis was originally developed in response to data in adult second language acquisition. Now it is clear that it applies to all–children and adults- and it also applies to literacy development.”

“In the beginning stages there is often a silent period during in which the learners don’t produce language but they are building up competence by listening and reading. The length of the silent period can vary. Some people like to talk right away, others prefer to wait.

Experienced language students can ‘beat’ the silent period and talk right away by thinking in their first language using second language vocabulary and making repairs using consciously learned rules. This can solve immediate practical problems, but it is not a good strategy in the long run. It requires constant monitoring and results in slow, awkward performance (I discuss this in my book ‘Second Language Acquisition and Second Language Learning’ available for free at www.sdkrashen.com”

“Yes, very limited. This is the major point of the Monitor Hypothesis. The hypothesis, which is based on a great deal of research, says that consciously learned language is only available to us as a monitor or editor, to correct our written or spoken output in order to use the grammar rules we learned in school –we have to know the rule. These conditions are generally not met in normal conversation but sometimes can be met when we take grammar tests.”

“Yes and no. No, because deep down we all acquire language the same way –by understanding messages. Yes, because there is variability in some peripheral aspects of language performance. Some people like to talk right away, some others like to monitor using consciously learned grammar rules and some don’t. Methods of instruction can take this into consideration, but all methods need to provide lots of comprehensible input.”

“I have discussed this in some detail describing the operation of the affective filter (Second Language Acquisition and Second Language Learning, 1981). Briefly, when we are anxious, we may understand input, but it will not enter our ‘language acquisition devise’. A block, called the affective filter, keeps it out. This idea originally came from Heidi Dulay and Marina Burt.

More recently, I have been interested in the role anxiety might play - how it can play a facilitative role. High anxiety might be a signal that we are about to do something that will not help us improve.

The most common kind of anxiety reported by students is speaking anxiety. What is it? Speech anxiety is best defined as the nervousness that a speaker feels before and/or during a presentation. Sweating palms, a shaky voice, a dry throat, difficulty in breathing, and even memory loss are all common symptoms of anxiety. I think speaking anxiety occurs when we have to say things we are not prepared to say, using language we have not yet acquired (but may have consciously learned). This ‘forced speech’ is not only uncomfortable but it can also get us into trouble. If we use our consciously learned grammar and rehearse what we are going to say in advance, we might sound better than we really are, and people will respond using complex and rapid language that we won’t understand. I would try to avoid these situations and build up competence through reading and listening. Speaking accuracy and fluency is not the result of practicing speaking but is the result of comprehensible input.”

“Here are two reasons for teaching more grammar to older students. One reason is to teach a little about linguistics, the structure of language, linguistic universals, language change etc. A second is for editing our writing. Even with huge amounts of comprehensible input (reading), there are some aspects of written language that people, even native speakers, will not acquire. For some people like me this includes the its/it’s distinction. I need to think about the rule in order to get it right.

But this is a tiny part of language. More important is the fact that there are severe constrains on the use of grammar. The system is far too complex to be completely learned. Comprehensible input is the only path, the essential environmental ingredient. Our job is to provide this input. There are many possibilities in how to teach grammar that have not been fully explored. We should explore them.

Even professional linguists tell us that they have not fully described the grammar of any language. There are also constraints on the use of the rules we have learned. You need to be thinking about correctness to use grammar, which no normal person does all the time, and you need to have time to apply the rule, which is rare in real conversation.”

“Here are some suggestions, all based on the “Comprehension Hypothesis.”

“I don’t know, but what is obvious is that a lot of adults come quite close. This is a remarkable achievement”.