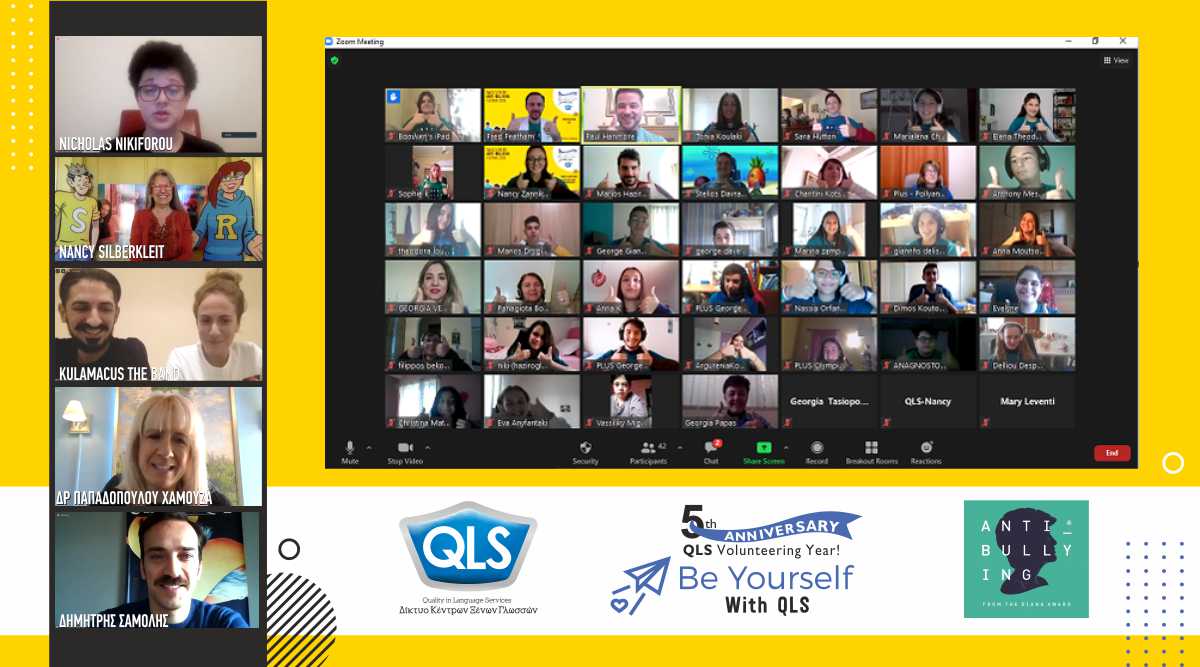 Over 1200 students attended the first Online Anti-Bullying Festival in Greece, organised by the QLS Network of Language Centres.

Having taken into account the safety measures implemented as a result of the pandemic, QLS has organised yet another online event to end the year on a high note. On 12th December, QLS will host a festive online event under the title "Christmas Tea with Lucinda Dickens Hawksley". The great-great-great-granddaughter of Charles Dickens, celebrated author and broadcaster, Lucinda Dickens Hawksley, will talk to QLS students about her ancestor, Victorian Christmas and the true story behind “A Christmas Carol”!