Fulbright Greece successfully administered the 2020–2021 and 2021–2022 Greek and U.S. Fulbright Scholarship Programs, despite the difficulties stemming from the pandemic. We are grateful for the su...
Nov 17, 2021
Read More

The new school year has already started. After the first two weeks’ lessons we realise that: The coursebook we have chosen doesn’t work the way we had expected;   The topics do not attrac...
Nov 08, 2021
Read More

Stephen Krashen, Professor Emeritus at the University of Southern California, is one of the most cited linguists in the world. He is also a researcher and an activist. Stephen Krashen has contribute...
Nov 05, 2021
Read More

WHEN YOUR ENGLISH “RUSTS” 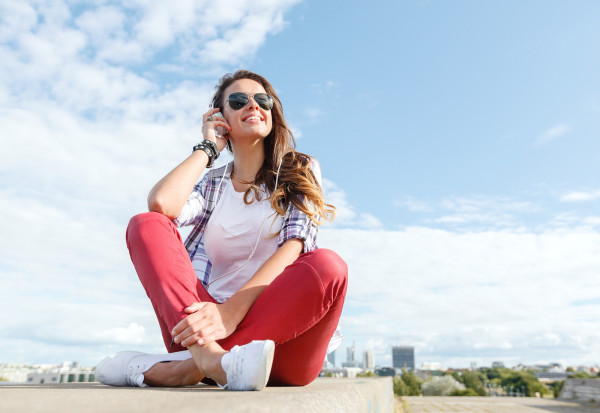 Can there be a comeback?

Psychologists Jeffrey Bowers, Sven L. Mattys, and Suzanne Gage from the University of Bristol performed an interesting survey a few years ago. They selected English native speakers who had learned some difficult foreign languages such as Hindi or Zulu.

Their findings, which appeared in an issue of Psychological Science, a journal of the Association for Psychological Science, suggest that exposing young children to foreign languages, even if they do not continue to speak them, can have a lasting impact on speech perception. The authors conclude, “Even if the language is forgotten (or feels this way) after many years of disuse, leftover traces of the early exposure can manifest themselves as an improved ability to relearn the language.”

Interestingly enough and despite the advanced level of English permeating Greece, it is quite common to have either students at university or accomplished professionals in their 40s and 50s who, as the research at the beginning of the article suggested, have maintained only “traces” of their vocabulary and have almost totally forgotten grammar rules.

The reasons can vary as to why this happens. But there seem to be two clear trends.

First, there is a tendency among the Greek society to “finish with English as soon as possible”. Many parents don’t want their children to enter university and still be studying to obtain an EFL qualification. They ignore that certificates from level B2 and up, require a certain level of maturity that will enable the candidate to produce meaningful essays or tackle advanced issues in the oral examinations.

The trend which “dictates” that students ought to have a B2 or C2 qualification before they finish high school makes the entire private educational system gear up with the aim of completing all the necessary material by the age of about 16.

After that age, the next possible “stop” for English learners will be tertiary education. If their studies involve English, they will again get in touch with it. People who will travel to an English speaking country for studies or work soon after they leave high school may have more chances of preserving their vocabulary.

Second, there is the “many years gap” factor. Suppose  a speaker of English manages to keep contact with the language after obtaining a certificate, the language will rust if that person does not go to an English speaking country.

Frequently, people work in temporary jobs that require little English before they secure a job relevant to their actual qualifications and skills.

Moreover, even when they actually do the job that matches their skills, the level of English required by this job may be limited to only a repeated and specific vocabulary or terminology.

It is very common to have B2 or C2 holders who, following the trend, took their certificate when they were 15 or 16. At 40 or 45, they have not only forgotten much of their English, but also have to deal with ESP vocabulary (e.g. economics, business, medicine, etc.), thus alienating themselves from huge parts of general English.

Emmanuel Bouhalakis has been a teacher of English for 24 years. He is a graduate of the British Open University in which he studied humanities and education. He has taught at language schools and at the Heraklion School of Tourism and has also trained many business executives and various professionals. He is also an active journalist and article writer.

In those cases, a thorough re-evaluation of their level needs to be performed and a possible action could be the study of English at smaller levels such as D or E (A2-B1, B2).

Over a period of time and if of course the person has the necessary time and energy to become a student once again, things may improve and their cognitive skills could again become active.

Nevertheless, an adult may not absorb the curriculum as smoothly as a younger learner. This is somehow expected because the adult is frequently a hard working person with a thousand cares and worries. Therefore, along with the necessary revision, a good deal of patience is required on behalf of the teacher.

In this context, the tutor could also employ modern technology and especially PC programs with audiovisual material. These interactive platforms can alleviate the stress of repeating grammar rules.

All things considered, it can indeed be possible for the learner who has forgotten the biggest part of their English to regain considerable knowledge and to remember words and phrases they thought were permanently forgotten. However, how much of their vocabulary and grammar will eventually be recovered, depends on each person’s memory, age and individual cognitive abilities.•